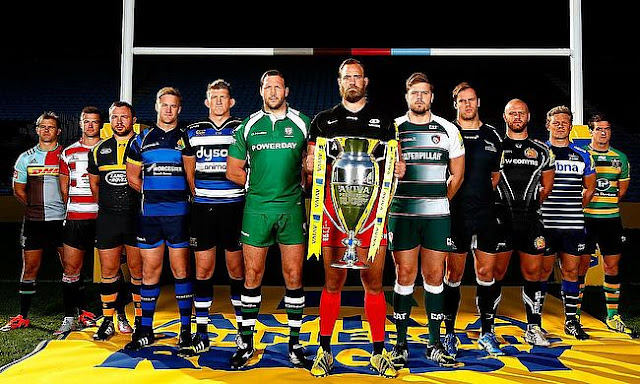 What a Success - Saints Summer Camp! 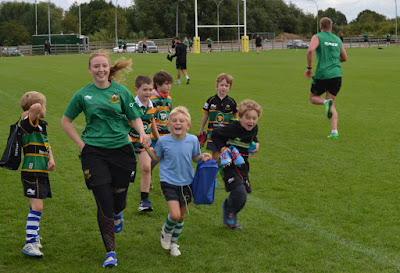 Boots...check. Shorts...check. Waterproofs...check. Packing my kit bag felt like wrapping presents at Christmas. The excitable child side surfaced, as I preparing to embark on an extremely valuable experience.

I finished packing the car and with butterflies swirling in my tummy, headed off to Franklin's Gardens to participate as a newly qualified coach at Northampton Saint’s Elite Insurance Summer Camp that started on Monday 27th July.

That 'new kid at school,' feeling soon subsided however, as I was greeted by the lovely Charlie Eggleton who made me feel extremely welcome. She introduced me to the Community Coaches team whom I would be working with for the week – and as it was the girls turn - we started off the camp with a bang. It was the first time ever that Northampton Saints had hosted a specific day to encourage girls to play rugby, what an achievement.

Alongside the experienced professionals, it was the perfect opportunity to throw myself in at the deep end; to experience first hand what community coaching is all about. Having the opportunity to work with 21 girls enabled us as coaches to work with the girls in pairs, developing their confidence and paying attention to specifics. We focussed on getting the girls to communicate, call for the ball and develop their handling techniques as we gradually progressed into game scenarios and also tackling exercises throughout the day.

Day One was absolutely awesome. I was knackered but also had such a sense of achievement, being able to encourage the girls, seeing them enjoy themselves and work alongside top coaches such as Phil Powell, who also coaches Bedford Blues. 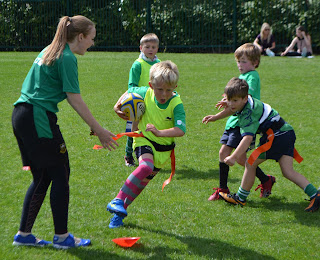 Day Two and for the rest of the week as a matter of fact, the intensity was full on, with 250 kids being welcomed to the Elite Insurance Summer Camp. It was overwhelming to see just how many kids want to be involved in rugby; from those as young as six to sixteen. And even though the rain pelted down, that didn't stop us all from having a fantastic time. I was lucky enough to be on rotation, working with all coaches and age groups to witness how the coaching styles differed to cater for all ages. I was also lucky enough to work alongside the Director of Rugby for Cambridge, Rowland Winter.

It was remarkable to see the kids’ improvement from the start of the week to the end. 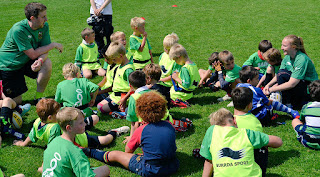 By the end, the U7’s were playing games of touch, working as a team and recognising space and the U16’s were playing a quality game of touch, presenting the ball at the breakdown and developing their leg drive once tackled.

And how could I not mention the lunch times? ... I've never cried so much with laughter! Sitting on the X Factor panel as Sharon Osborne was a highlight, undoubtedly. Listening to a rap, watching a dance-off and just hearing all the kids in their groups having fun and making the most of this time spent together on the Saints Summer Camp. Magical memories! 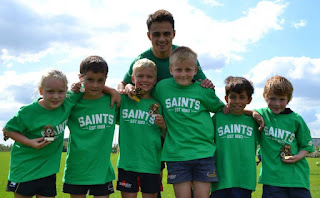 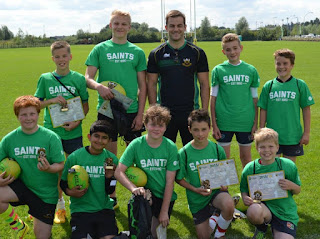 The week rounded off with two special highlights; All kids were presented with a T-shirt, rugby ball and goody bag; Plus either Tom Collins or Stephen Myler presenting them with their Kick, Pass, Run Challenge Awards, in the form of a Certificate.

Hats off to the whole Community Team at Northampton Saints. What an incredible set up and what an honour to have worked with you all.

I can't thank Sian Haynes and Will Parkin enough for allowing me to participate in such a fantastic and memorable week.

Good luck to all those Community Coaches at Stowe!


I imagine the Summer Camp for 2016 will be even bigger! 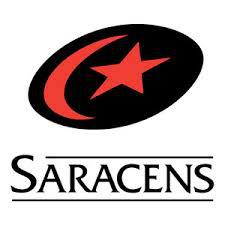 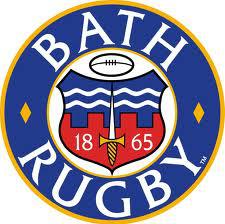 "I was doing my job for my team mates.”

"You want to win it so much and you want to do it for your mates that are around you and you want to be apart of hopefully something special...you want it that badly that it's just relief really.” said Owen Farrell.


It was a game that looked set to be a show stopper featuring Bath’s creativity in attack and Saracens doggedness in defence. Bath were the home team here at HQ but even in the presence of 80,589 out in force, supported with a sea of blue, black and white, my heart was saying Bath to win but my head was saying Saracens.

When I witnessed Bath attacking from within their own 22' early on, I knew that Saracens had brought their A game. Were Saracens going to leave their opponents red faced?

Well as Saracens swooped in and struck Bath with fierce attacking play and little set piece; swinging the play to the backs; left to right like a pendulum - I knew it would be their day. Owen Farrell was over like a shot... It only took six minutes. Faz converted his own try and then it was the exceptional hooker Jamie George who took a loose ball and tore away like a little terrier and walloped over for Sarries second in thirteen minutes.

Was this going to be an uphill struggle or a downwards spiral on the cards for Bath? Especially with the loss of Anthony Watson who was taken off and replaced permanently by Ollie Devoto after a high tackle by Owen Farrell. It probably should have been a yellow but Farrell got away lightly when referee Wayne Barnes didn't reach for a card ... I was amazed; and it was very concerning for Bath to lose such a valuable player so early on in this final.

Bath seemed at a loose end early on and when the scrum collapsed and Barnes penalised them, Faz slotted an extra three-pointer ... they'd set sail and the wind was taking them in the general direction of Aviva Premiership Champions 2015.

Don't get me wrong, Bath were giving it a good go in attack, that's for sure but their defence had more holes than a sieve. Saracens defence in comparison was the brick wall we have come to expect and so should have Bath.

Semesa Rokoduguni did create an opportunity with a chip and chase on the wing but was unfortunately barged into touch by Alex Goode before he could follow it up! However this also wasn't seen by Barnes as a 'try scoring opportunity' and no card was given, just the penalty. Luckily, Ford booted it good and Bath were finally on the scoreboard.

An excellent example being an absolutely incredible set of football skills from David Strettle. He chipped and caught his own kick to take Saracens metres from the try line.

And George again showing his worth, by setting Chris Wyles up who finished the job off for Sarries third try of the first half.

Faz added the extras and this London side were on their way to victory...or was it too early to speculate?

Well, when Farrell slotted another penalty just short of the first forty - I couldn't help but think the half time whistle couldn't come soon enough for Bath. It was painful to watch...

Saracens were in full control of this game and their versatility across the park was evident. But a high tackle again by Faz allowed Ford to put an extra three points on the board for Bath.

Bath needed to alter their play but was it going to happen?

It did in the front row...in the form of Nick Auterac, Rob Webber and Henry Thomas. Bath began to bounce, just managing to play the style of rugby they love and when Jonathan Joseph broke away and crossed, Twickenham erupted like a volcano. Phew … were we going to be treated to a contest at last!

Well Ford slotted one between the uprights for his third penalty but carelessness meant Farrell reciprocated a minute later, so maybe not.

Bath's attacking play was too fragile and frivolous and fairly easy for the steel framed Wolfpack to counteract. They were on the hunt; hunting for the trophy and to be crowned Aviva Premiership Champions...and they weren't going to let anything stop them.

For me, Bath seemed to play the occasion rather than the game and their style of rugby just didn’t faze the Saracens who were psychologically well aware of what was required to win.


There is no doubt, that Saracens first try of this game was one of the most creative sequences leading to a try that you will ever see – so Sarries have cultivated their creative side and like most other things they do – it was A*. However there is also no doubt that their style of tackling is now ‘on the edge,’ with two or three tacklers at a time are they just keeping it under the infringement radar?

Sarries wound the clock down with about twelve phases of pick and goes and for me their control and ability to do this just proved why they deserve to be Champions; this group of players are well accomplished and extremely classy.


Man of the Match was awarded to the cool kid on the block, Owen Farrell who played his heart out and spoke of his delight after the game;

“It's been a tough season, for the team and myself a bit really. Obviously injuries happen and that's all part of rugby and that's how I took it. But it's been tough to sit on the side line and watch these lads work hard day in day out at training and try and improve and get better and you can't be out there with them doing it and not everything has gone our way on the field playing wise. We've finished top these last couple of years and come away with nothing and to finish fourth and have to fight for fourth place and to come through and do what we've done today is brilliant for us.”

My Man on the Match would have gone to Jamie George who did a sterling job on the pitch!

Bad luck Bath; but we know you will be back with a bang...with your cavalry of supporters in tow!